3 Bears Trade Rumors You Need To Know Before The Deadline 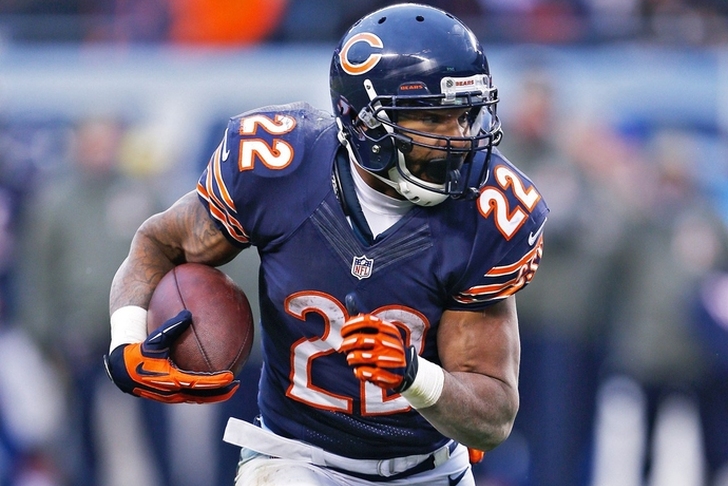 The 2015 NFL Trade Deadline is less than 24 hours away, which means the Chicago Bears' front office has a very small window if they want to get a deal done before Tuesday afternoon. With that in mind, here are 3 Bears Trade Rumors You Need To Know Before The Deadline.

Make no mistake; Forte is absolutely on the trading block. Forte trade rumors have been swirling for months, and for good reason. The Bears aren't ready to make a playoff run, and Forte is an aging running back in the last year of his deal. Teams like the Denver Broncos and Dallas Cowboys could make a move for him, but Forte may end up staying in Chicago. The Bears likely wouldn't get more than a fourth for Forte, since he's just a rental. That might not be enough for the Bears to pull the trigger. Plus, Forte injured his knee Sunday and is expected to be out at least two weeks. NFL teams are terrified of adding injured players, so that injury could scare them off or at least lower Forte's value to the point that the Bears won't accept any of the offers.

Will Willie Young Get His Wish?

Young requested a trade earlier this season, but the Bears have yet to deal him. That's a bit surprising, since Young is a misfit in the Bears 3-4 defense. He'd be much more productive in a 4-3 defense, and the Bears might finally move him at the deadline. The Bears got a late rounder for Jared Allen earlier, and shouldn't expect anything more for Young.

Robbie Gould On His Way Out?

Yes, we're going to talk about a kicker. Gould has been one of the most consistent kickers in the NFL, which is why contending teams are reportedly interested him. That report doesn't mention which teams, but the Pittsburgh Steelers immediately come to mind, as they play on a rough field and have had kicker issues all season. If Gould is dealt, don't expect the Bears to get more than a late fifth rounder back.

Jeffery has been a popular hypothetical trade option, but the Bears won't deal him. Chicago needs more young talent like Jeffery, not less. It would take at least a first and a second rounder, and probably more than that to acquire Jeffery. Don't expect Jeffery to go anywhere.