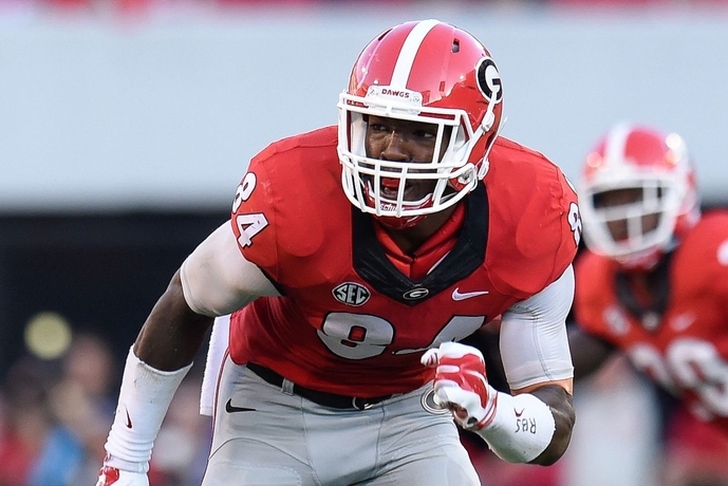 With the 9th pick in the 2016 NFL Draft, the Chicago Bears have selected OLB Leonard Floyd out of Georgia. The Bears traded up to make this pick.

Analysis:
Floyd’s exact NFL positions is unclear. Floyd is a versatile athlete with great bend, but is rail-thin. The pass rushing potential is there with Floyd and he should be an early pick, although the lack of bulk is a major concern. He’s likely an OLB in a 3-4 scheme, but some think he could play ILB. If he’s taken by a 4-3 team, he’ll likely be a James Harrison-type SAM/BUCK OLB.