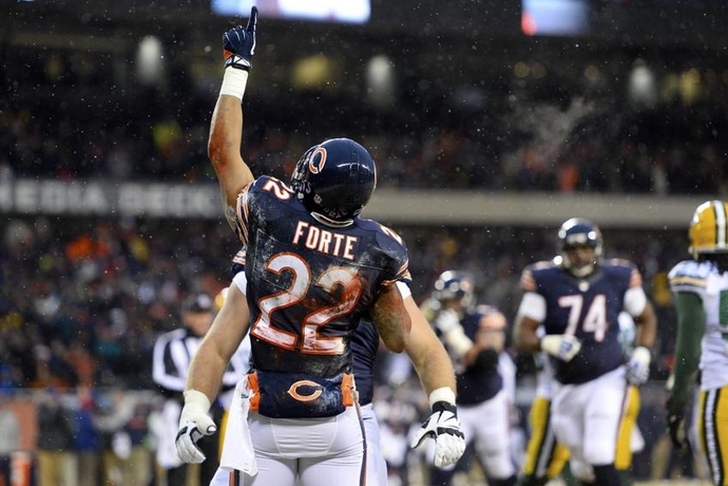 The Chicago Bears overhauled their coaching staff after a five-win season. However, the personnel from a fantasy football perspective is still very much the same, with the exception of Brandon Marshall. The Bears have a fantasy starter at every position except for quarterback.

With so many good fantasy QBs, there isn't any reason to draft Cutler outside of 2-QB leagues. He's a borderline Top 20 QB, so let him sit on the waiver wire in standard leagues.

He won't catch as many passes in the Bears' new offense, which will hurt his PPR value. However, many of those catches should change into carries. He's a Top 10 RB and is worth taking at the end of the first round.

If Forte gets hurt, Langford is worth adding. Don't even think about drafting him though.

With Brandon Marshall gone, Jeffery is the clear No. 1 WR. He's a Top 10 fantasy WR and can be drafted early in round three.

He's a sleeper, especially with Kevin White hurt. He could have a big PPR season and is worth taking in the later rounds in standard leagues.

White's injury means Wilson should get more playing time. He's worth a flier in deeper leagues.

Bennett was fifth among TEs last season and should finish near there again. Marshall is gone and White is hurt, so Bennett could see more red zone targets this season.

Keep it here for all your Fantasy Football needs and Chicago Bears news!