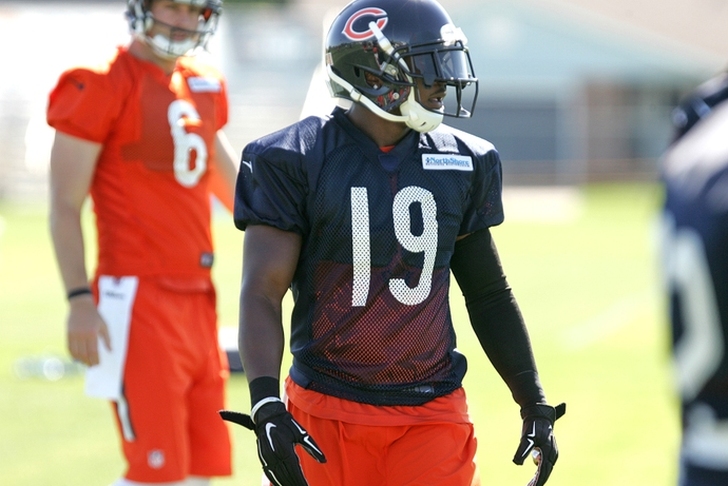 In the words of Peaches & Herb "Reunited and it feels so good!" (Kudos if you knew who sang that song!)

Eddie Royal is in a great spot to have a strong season in Chicago after reuniting with Quarterback Jay Cutler. Royal had the best season of his career with Cutler in 2008 as a rookie posting an impressive 91/980/5 statline, before Cutler took off for the windy city. Last year Royal had his second best season and will look to recapture some of the magic he had with Cutler in their Denver days. He is in line for every down work after rooke wide receiver Kevin White, who was expected to be the Bears No. 2 receiver, is going to have surgery and is in danger of missing the entire 2015 season.

All the reports from Bears camp have been glowing for the seven-year veteran. Offensive coordinator Adam Gase is comparing him to Wes Welker and says "Eddie is a threat at all three levels," and "has a special explosiveness many guys don't have." Beat writer Patrick Finley has called Royal the "MVP of Bears camp." There is always a lot of hype going around in camp for a lot of players, but this time I think we can believe the hype. Royal will line up all over the field at either outside receiver position and will slide into the slot when the team goes with three-wide sets. Bottom line is Royal will be on the field and be on the field alot. The 91 receptions he had with Cutler back in 2008 could be duplicated and possibly improved upon this season. That would make Royal an incredible steal in fantasy drafts at his current 12th round avearge draft position. He gets a boost in PPR leagues but will be at the very least, a solid WR3 every week in most standard leagues as well.

And I'll leave you with this...Take it away Peaches & Herb