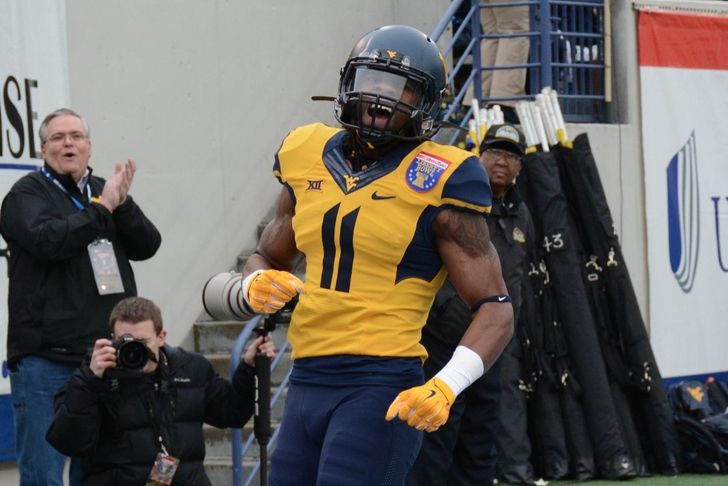 With the seventh pick in the 2015 NFL Draft, the Chicago Bears select Kevin White out of West Virginia.

White’s senior season in Morgantown was one to remember, as he posted 109 receptions (3rd in the nation) and 1,447 receiving yards (6th) to earn a spot as one of three finalists for the Biletnikoff Award (best receiver). White started 22 of his 24 career games at West Virginia and set a school record in 2014 with seven-straight 100-yard receiving games to start the season.

Possessing a prototypical NFL frame for a wide receiver, White went from being a liability who struggled with drops in 2013 to becoming one of the most sure-handed wideouts in the nation in 2014. His elite inside release cuts through press coverage like a knife, and his combination of straight-line speed (4.35-second 40-yard dash at the Combine) and power (23 bench reps) has some NFL scouts projecting him as the best receiver in a deep 2015 class.