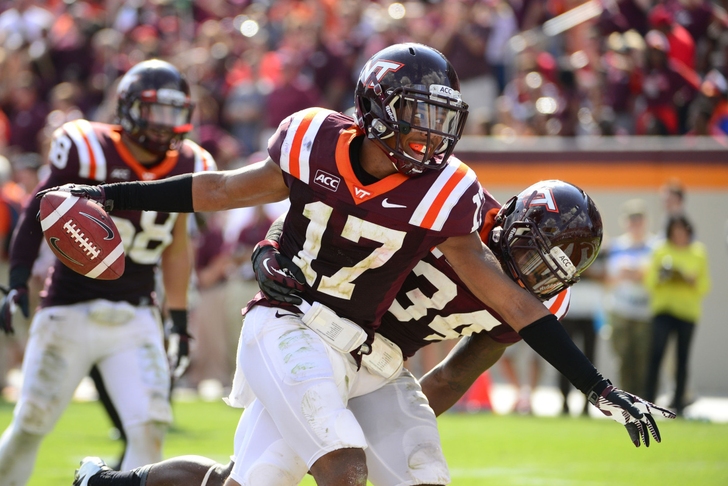 With the 14th overall pick in the 2014 NFL Draft, the Chicago Bears have selected cornerback Kyle Fuller out of Virginia Tech

Fuller was the Virginia Tech Hokies’ team captain in 2013, missing four games due to surgery on a sports hernia last November. He played in nine games, starting eight, and posted 24 tackles, 10 passes defensed, and two interceptions – along with two tackles for a loss. In 2011-2012, Fuller started all 27 games for the Hokies, establishing himself as one of the premiere cornerbacks in the conference. Fuller was also near the top-tier of cornerbacks in the broad jump (128”) at the NFL Combine.

Fuller showed great leadership capabilities as the Hokies’ team captain in 2013, and his professional instincts bleed over into his admirable work ethic. Fuller has good size and coordination, and is faster than he measures out to be due to top-notch instincts and route recognition. His leaping ability can neutralize even the most agile wide receivers. Fuller is also very adept and high-energy in run support and on special-teams.

Check out Fuller's highlight video for a closer look into what he brings to the Bears: