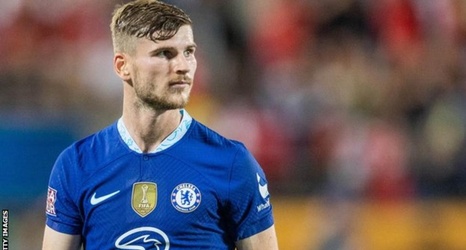 RB Leipzig have re-signed Chelsea forward Timo Werner on a permanent deal, two years after he left the club for the Premier League.

Chelsea met the Germany international's £45m release clause in 2020 but will make a loss, with Werner returning in a deal thought to be about £25m.

He has signed a four-year deal to 2026 with his former club.

"I'm very happy to be playing for RB Leipzig again from now on," the 26-year-old said.