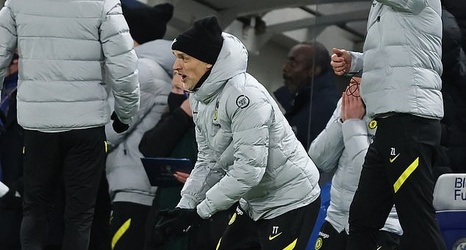 Thomas Tuchel was quite literally hopping mad. Leaping up and down on the touchline, both hands fixed to the top of his head in utter astonishment and moving through the complete Basil Fawlty repertoire.

The game was in stoppage time and the officials were the focus of his fury, having failed to spot Cristiano Ronaldo a yard offside, allowing play to go on and forcing Chelsea to defend a series of set-pieces and resist pressure when they really wanted to be at the other end searching for a winner.

It took a yellow card from referee Anthony Taylor to tranquilise Tuchel and, in fact, the home side were able to repel the late threat from Manchester United and create the final chance of the game.