Thomas Tuchel jokes Todd Boehly 'will watch from Los Angeles next season' after two Premier League draws and an FA Cup final loss in front of their incoming owner... before claiming he will be 'a lucky charm' when his £4.25bn takeover is complete 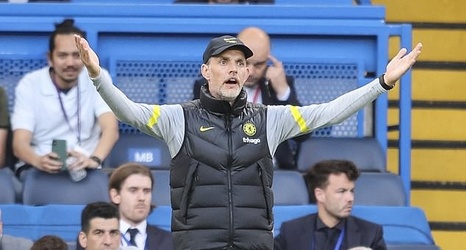 Thomas Tuchel has joked that Todd Boehly must be banned from watching games at Stamford Bridge after Chelsea stumbled once more in front of their incoming owner.

Boehly sat in the posh seats alongside other members of his consortium as Chelsea secured third place with a frustrating draw against Leicester on Thursday night.

The LA Dodgers part-owner has now seen no wins in three, having also watched Tuchel’s side lose the FA Cup final and draw against Wolves earlier this month.

‘Was he here again?