Thomas Tuchel claims Chelsea's ownership chaos allowed Tottenham to OVERTAKE them this summer... as the German boss insists their London rivals were 'a bit ahead of us from the start' of pre-season 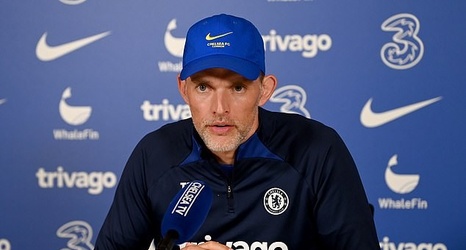 Thomas Tuchel says Tottenham took advantage of Chelsea’s chaotic situation to get a jump on their London rivals, insisting any claims from Antonio Conte that there is a gap between the two clubs is make-believe.

Tuchel on Friday went as far as to claim Tottenham are title- contenders thanks to Conte, who previously complained about a gulf between themselves and Chelsea after losing three times in 19 days in January — twice in their two-legged Carabao Cup semi-final and then again in the Premier League.

Yet a messy seven months since then has seen Chelsea director Marina Granovskaia and technical advisor Petr Cech leave the club and their ownership change hands from Roman Abramovich to Todd Boehly.