'This is a big reflection of how poor La Liga is at the moment': Rio Ferdinand and Joe Cole stick the boot into Spanish top flight after its leaders Atletico Madrid are beaten by Premier League's fifth-placed team Chelsea 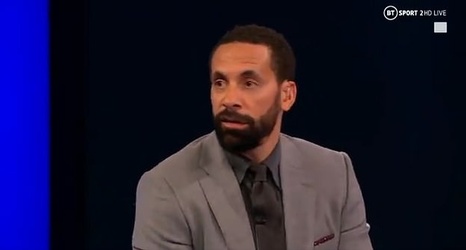 Former England stars Rio Ferdinand and Joe Cole believe the quality in LaLiga is a far cry from what it once was and Atletico Madrid's performance against Chelsea on Tuesday is proof of it.

Diego Simeone's side, who sit top of the Spanish top flight, produced an uninspiring display against the Premier League's fifth-placed side, ultimately losing the first leg of the Champions League tie 1-0 thanks to a stunning Olivier Giroud overhead kick.

The blues were good value for their victory and were rarely troubled by Luis Suarez and Co.