Thierry Henry and Cesc Fabregas on the same team again! Legendary Arsenal striker invests in Italian Serie B club Como, just days after the Spaniard joined as a player and a shareholder 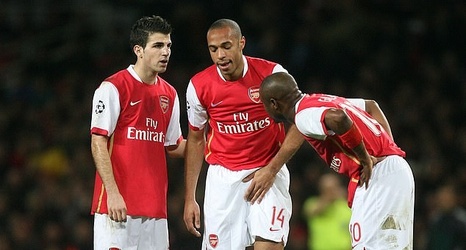 Thierry Henry and Cesc Fabregas, 19 years after the Spaniard joined the Frenchman at Arsenal, are set to be reunited again with the two having both invested in Italian Serie B club Como.

Fabregas was confirmed as having joined the ambitious Lombardy side after leaving Monaco last month, with it also being announced that the former Arsenal, Barcelona and Chelsea man had invested in the club.

Now, following the news of his former teammate's arrival at the club, Henry has decided to put some of his own funds into the club ensuring an Arsenal reunion at board level on Lake Como, according to Italian journalist Gianluca Di Marzio.