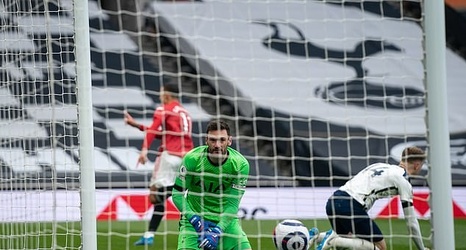 Jose Mourinho received another damning blow in what has been a torrid season as Tottenham succumbed to a highly disappointing 3-1 home defeat to Manchester United on Sunday.

The three-time Premier League winner is now the outright favourite among the bookies to be the next top-flight manager to lose their job, with Sportsmail reporting in March that Mourinho will be sacked if Tottenham fail to make the top-four.

Despite Tottenham's poor form of late, a win over Newcastle at the start of April would have seen them leapfrog Chelsea into the Champions League spots, but a woeful draw saw them lose ground, with the following defeat to United making it an even tougher ask.