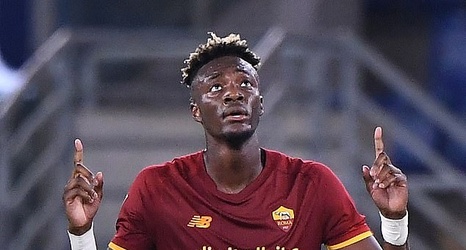 Former Chelsea striker Tammy Abraham has clearly settled into life at Roma well - having been seen singing along to the fans' anthem on Thursday night.

Abraham joined in with the chorus of ‘Roma, Roma, Roma’ just moments before their Serie A match against Udinese got underway.

The 23-year-old striker went on to score the opening goal of the game in the 36th minute.

Abraham completed a £34million move from Chelsea to Roma this summer after Romelu Lukaku's arrival at Stamford Bridge forced him further out of the picture.