Tammy Abraham admits working with the 'world's best manager Jose Mourinho' convinced him to sign for Roma... despite feeling he still had 'something to prove in the Premier League' after failing to cement his place in Thomas Tuchel's Chelsea side 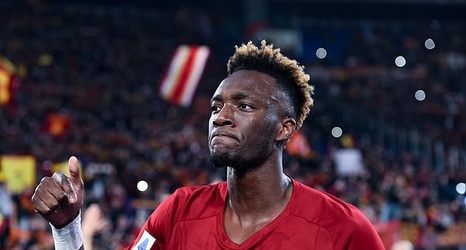 Tammy Abraham said working under Jose Mourinho at Roma was a major draw to signing for the Serie A side in August 2021.

Abraham joined Roma on a five-year deal worth £34million after struggling to cement his place in Thomas Tuchel's starting XI at Chelsea.

The 24-year-old winger said he couldn't turn down the opportunity to work with the 'best manager in the world' and credited Mourinho for pushing him to 'be better'.

When asked whether Mourinho's role as the Roma manager encouraged him to sign for the club, Abraham told TalkSPORT: 'It [Mourinho] was a factor involved, yes.