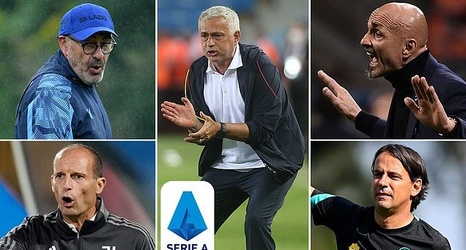 But the domestic game has been rocked by several big-name departures, namely Gianluigi Donnarumma to Paris Saint-Germain, Achraf Hakimi to the same club and Romelu Lukaku to Chelsea.

The undisputed prize jewel in Serie A's crown, Cristiano Ronaldo, could well be on his way out of Juventus too, potentially leaving Italy's top-division shorn of genuine prestige and star quality, at least under the age of 34.