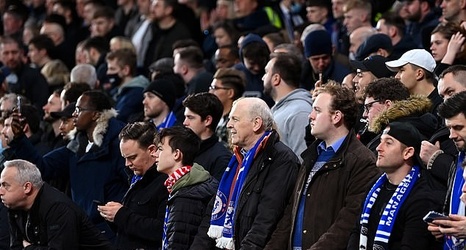 All clubs in the top two tiers of English football can apply to operate licensed safe standing areas next season, the Government has said.

Cardiff, Chelsea, Manchester City, Manchester United and Tottenham took part in a safe standing pilot in the second half of last season and Brentford, QPR and Wolves will now join those clubs in offering designated areas for home and away fans from the start of the 2022-23 season.

The Government also confirmed that Wembley will offer limited safe standing for fans from both sets of clubs at domestic matches later in the season, whilst other clubs are expected to apply as the season progresses.