Roman Abramovich's era at Chelsea ends in Wembley heartbreak, when will they return? 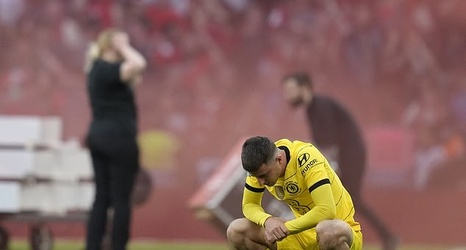 Chelsea's 23rd and last major cup final of the Roman Abramovich era ended in uncharacteristic failure and does begs the question whether the most successful period in the club’s history is now officially over.

They’ve been a winning machine since the Russian oligarch took over in 2003 with 19 major trophies lifted and a trip or two to Wembley most years.

Now his time his finished. Prospective new owner Todd Boehly has huge shoes to fill once the anticipated £2.5billion takeover is completed, with an additional £1.5billion pledged for infrastructure and squad-building.

And even that isn’t cast-iron.