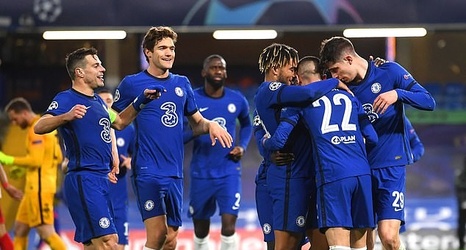 Rio Ferdinand has praised Thomas Tuchel for sparking Chelsea's resurgence by getting the perfect blend between youth and experience out on the pitch.

Frank Lampard was ruthlessly sacked by Chelsea in January with former PSG and Borussia Dortmund boss Tuchel replacing the Stamford Bridge hero in the dugout.

Chelsea fans were up in arms at Lampard's departure but so far, with Tuchel unbeaten in his first 14 games at the helm, there has been little room to criticise the German.

Speaking to his Vibe with Five YouTube channel, Ferdinand said: 'I think bringing experience back into the team and giving them more responsibility has been a big difference to Frank’s.