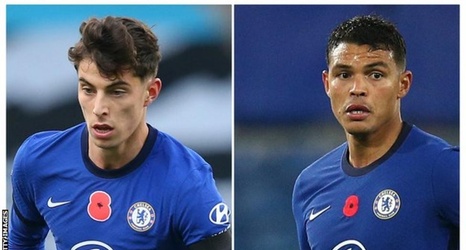 Kai Havertz and Thiago Silva are both in Chelsea's squad for Tuesday's Champions League group game at Rennes (17:55 GMT).

Havertz, 21, is back from a period of self-isolating after testing positive for Covid-19, while Silva, 36, was rested for Saturday's win at Newcastle.

Rennes are likely to be without on-loan Juventus defender Daniele Rugani and Faitout Maouassa.

Left-back Dalbert is suspended after being sent off at Stamford Bridge.

The 22-year-old has been out for almost a month with a hamstring strain, but should be fit to face Tottenham on Sunday in the Premier League.