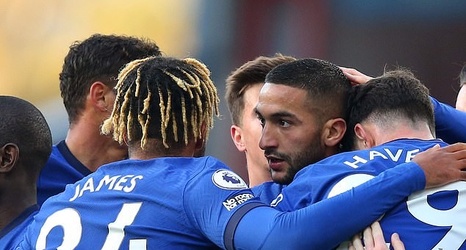 Reece James has hailed the impact of summer signings Thiago Silva and Hakim Ziyech on his own game and Chelsea's positive start to the season.

The England right-back, 20, has enjoyed a flying start to the campaign and earned plaudits for his crossing abilities as well as defensive attributes.

James is expected to start for England in their Wembley friendly against Republic of Ireland on Thursday night.

And despite being suspended for this week's UEFA Nations League games against Belgium and Iceland, he is set to challenge for a starting place in Gareth Southgate's side at Euro 2020 next summer.