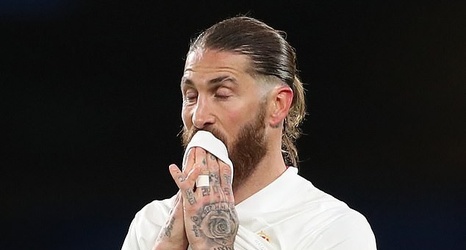 Real Madrid have been dealt a blow in their efforts to retain the LaLiga title after captain Sergio Ramos was diagnosed with tendonitis in his hamstring.

The defender only returned to the team for Wednesday's Champions League semi-final, second leg defeat to Chelsea but now looks set for another spell on the sidelines.

Real host Sevilla on Sunday evening as they attempt to reel in Atletico Madrid at the top of LaLiga.

Atletico have a two-point advantage entering the weekend's fixtures but they travel to third-placed Barcelona on Saturday afternoon with the outcome pivotal to the title outcome.