Oleksandr Zinchenko admits Manchester City's Champions League final defeat to Chelsea was 'one of the hardest days' of his career... but Ukraine captain believes Euro 2020 gives him the chance to bounce back 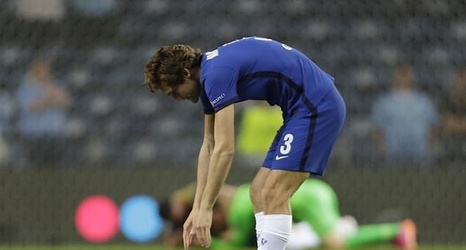 Oleksandr Zinchenko admits Manchester City’s Champions League final defeat was one of the toughest days of his career but believes playing at the Euros will help him move on.

Zinchenko sounded almost emotional as he looked back on City’s 1-0 defeat to Chelsea last month at the end of a season in which Pep Guardiola’s side won the Premier League and Carabao Cup.

Two weeks on from City’s crushing loss in Porto, Zinchenko has to put that behind him to lead his country at the Euros, with Ukraine’s campaign getting underway against Holland on Sunday night.