'Now the number to take the complete p***': Chelsea fans fume at Inter handing Romelu Lukaku the No 90 shirt on his return - a figure representing the Italian giants' net gain after his failed £97.5m move last summer 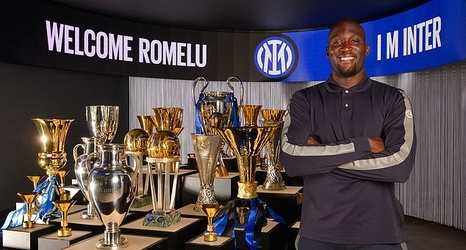 The 29-year-old striker completed his £6.9million loan return to the San Siro on Wednesday, less than 12 months after exiting to Chelsea for £97.5m last summer.

Lukaku made no secret of his desire to reunite with the Italian giants during a controversial interview with Sky Italiain December and revealed on Thursday that his return was 'like coming home'.

Inter announced that Lukaku will sport the lesser-worn No 90 shirt next season, which has sparked plenty of reaction amongst Chelsea supporters on social media.