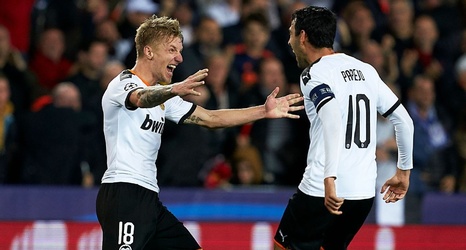 Chelsea will have to wait to book their place in the Champions League round of 16 after a late goal earned Valencia a 2-2 draw.

Christian Pulisic had looked to have scored a VAR-assisted winner in the 50th minute after his close-range effort was initially ruled out.

But, in the 82nd minute, Daniel Wass' cross evaded Kepa Arrizabalaga and went in via the far post to deny Chelsea victory.

Chelsea, who are at home to Lille in their final group game, had seen Kepa save a penalty earlier in a drama-filled match, while Tammy Abraham was stretchered off injured after landing awkwardly from a header.