Mason Mount is finally getting the praise he deserves after winning over Thomas Tuchel... but the stats show he's Chelsea's SECOND best attacking midfielder - and he has some way to go to catch Bruno Fernandes and Kevin De Bruyne (and Jesse Lingard!) 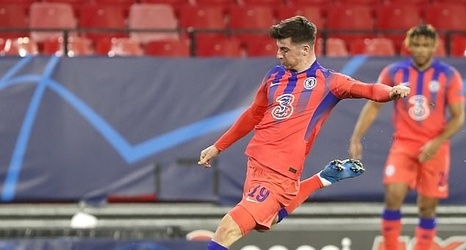 Mason Mount delivered in a big game yet again for Chelsea on Wednesday night with a superb opening goal in their 2-0 Champions League quarter-final first leg win over Porto.

The control and swivel all in one motion to set up the chance, followed by a powerful and precise first-time drive into the bottom corner were perfect technical executions we have grown used to seeing from the 22-year-old from Portsmouth.

Having been used as a stick to beat former Blues boss Frank Lampard and England manager Gareth Southgate with for 18 months, Mount's continuation as Chelsea's key man under Thomas Tuchel seems to have confirmed his status as one of the best attacking midfielders in the country - but the stats don't always confirm what the eye sees.