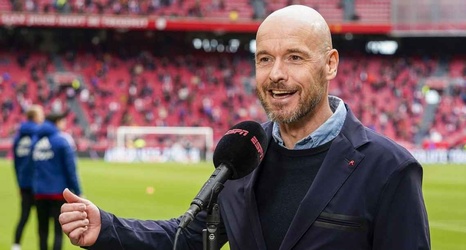 Manchester United are set to finalise the appointment of Erik ten Hag as the club's next manager, sources have told ESPN.

Ten Hag, 52, who was interviewed by United last month, had been on a four-man shortlist alongside Paris Saint-Germain's Mauricio Pochettino, Spain coach Luis Enrique and Sevilla's Julen Lopetegui. Chelsea's Thomas Tuchel and Bayern Munich's Julian Nagelsmann were ruled out as being unattainable due to their commitment to their present employers.

Sources in England and the Netherlands have told ESPN that United have settled on Ten Hag as their new manager and that the Ajax manager is ready to leave the Dutch champions to take charge at Old Trafford at the end of the season.