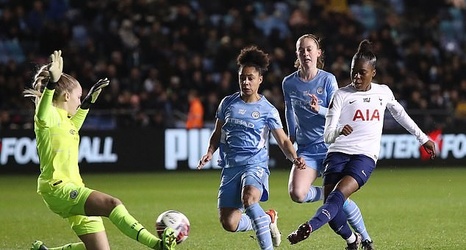 Manchester City have progressed into Continental League Cup final after a 3-0 semi-final victory over Tottenham Hotspur.

First-half goals from Jessica Park and Khadija Shaw sealed the win for City in a dominant performance at the Academy Stadium.

Gareth Taylor's side have now set up a final with WSL reigning champions Chelsea, who won the competition against Arsenal in 2020 and Bristol City in 2021, as the Blues bid to make it three consecutive trophies on the bounce next month.