LIVE: Chelsea vs Malmo - Blues 4-0 up with Jorginho netting two penalties and Andreas Christensen and Kai Havertz also on target as they bounce back from Juventus defeat... but are dealt a double blow with Romelu Lukaku and Timo Werner injured 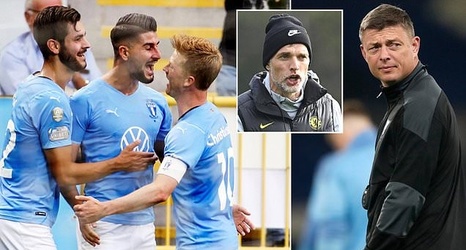 Chelsea got back to winning ways in the Champions League but paid the price by losing Romelu Lukaku and Timo Werner to injuries.

Both strikers were forced off with knocks in the first period, as two Jorginho penalties other side of the break helped the Blues cruise to victory.

Andreas Christensen scored his first ever Chelsea goal to open the scoring after eight minutes, while substitute Kai Havertz also netted after half-time against a hapless Malmo side.

RE-LIVE ALL THE ACTION AS IT HAPPENED.