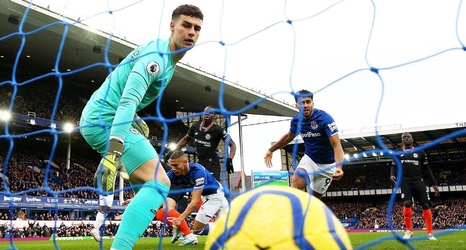 Chelsea suffered the effects of new-manager bounce as Duncan Ferguson's interim tenure at Everton got off to a flying start by beating the Londoners 3-1 on Saturday.

The home side hassled and harried Chelsea all over the pitch and deservedly took the lead when Richarlison evaded Andreas Christensen to score his fifth goal in seven games. Dominic Calvert-Lewin doubled Everton's advantage shortly after the break, and while Mateo Kovacic pulled one back with a stunning side-footed volley, a second Calvert-Lewin goal following a dreadful pass from Kepa Arrizabalaga put the game beyond doubt.