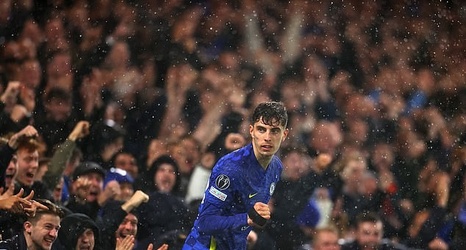 Kai Havertz says he was always in the mindset to make a difference for Chelsea after impressing as an early substitute during their 4-0 Champions League win over Malmo on Wednesday night.

Havertz was called into action after 23 minutes when first-choice striker Romelu Lukaku had to be withdrawn due to an ankle injury.

Despite not starting the match, the German impressed at Stamford Bridge - scoring the Blues' third just after half-time.

Havertz made it 3-0 with a composed chip finish - an effort he described as a 'nice feeling'.