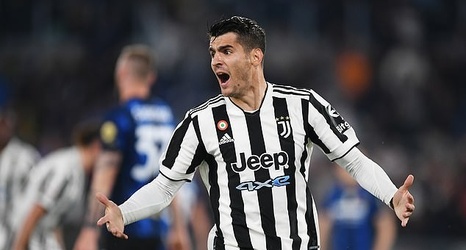 Juventus are reportedly are advancing in their talks with Atletico Madrid to sign Alvaro Morata permanently.

The former Chelsea and Real Madrid man has spent the last two years on loan in Italy from Atletico Madrid.

There is no optimism that Morata will complete a permanent move Juventus, where he scored 32 goals in 92 appearances.

That's according to TuttoSport, who claim Juventus are keen to add two new strikers to their squad, with Moise Keane set to leave.

Juventus did not exercise the option to buy Morata on a permanent deal but they remain in talks with the striker's parent club Atletico Madrid.