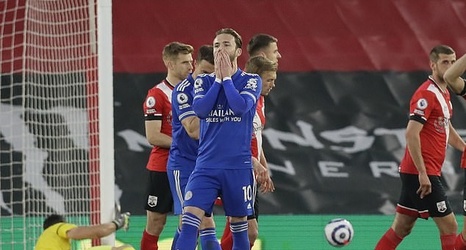 James Maddison is expecting a few more twists and turns to this season's top-four race, after Southampton dealt a potentially crucial blow to Leicester's hopes.

The Saints were down to 10-men inside nine minutes but held firm before taking the lead with James Ward-Prowse's second-half penalty. Jonny Evans bagged a swift equaliser to save the Foxes from disaster, but the result could prove damaging.

The Foxes face Manchester United, Chelsea and Spurs in their final three games. Those matches will decide the positions, but Brendan Rodgers' side have squandered two of their head-start point.