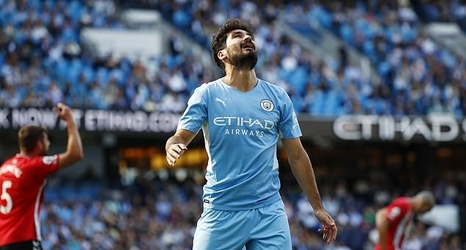 Manchester City's injury problems are mounting ahead of a crucial week of big matches with the news that Ilkay Gundogan is the latest player needing treatment.

City boss Pep Guardiola hinted the Germany midfielder was nursing a problem following Saturday's goalless draw with Southampton. He was already without John Stones, Aymeric Laporte, Rodri and Oleksandr Zinchenko against the Saints.

City face a tough run of away games with Chelsea on September 25, Paris St Germain three days later and Liverpool at the start of October, but first host Wycombe in the Carabao Cup on Tuesday night.