'I want to win trophies for the club': Manchester United midfielder Angel Gomes reveals desire to stay at Old Trafford despite Chelsea rumours with contract set to expire this summer 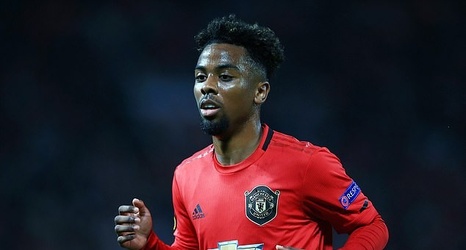 Manchester United midfielder Angel Gomes has revealed he wants to stay at the club despite reports linking him with a summer move to Chelsea.

Gomes is out of contract at the end of the season and is yet to agree a new deal at Old Trafford despite being highly rated inside the club.

With his deal set to expire, Chelsea are reportedly ready to try and tempt him with an offer but he insists he still sees his future in the red of United.

‘I’ve seen it over the years, coming up from the academy and being at United my whole career,’ said Gomes during a Google Hangout on the club's official website.