'I taught him "man on" or "switch play" - things you need on the pitch': Jorginho has been helping Thiago Silva with the language barrier at Chelsea... but admits he might not be the best teacher because 'my English isn't that great'! 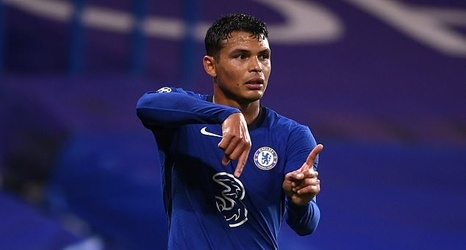 Jorginho has taken on an additional role in the Chelsea dressing room by helping Thiago Silva learn key footballing phrases in the English language.

Frank Lamaprd swooped for the veteran defender after he left French giants Paris Saint-Germain upon his contract expiring in the summer.

The 36-year-old former Brazil international doesn't speak English yet but Brazilian-born Italy midfielder Jorginho has been doing what he can to ensure his new team-mate settles as quickly as possible.

"I have taught him "man on", "turn" or if he is on the other side, "switch play",' Jorginho said, according to The Sun.