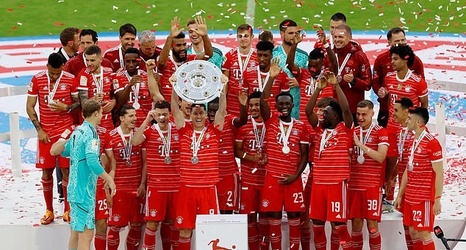 Bayern Munich have just wrapped up a 10th-consecutive Bundesliga title but amongst the fervour and celebrations, there is an air of trepidation.

The six-time European Cup winners are at a crossroads and whilst it's a position they have been in before, this time there are no ready-made replacements waiting in the wings to pick up the baton.

With striker Robert Lewandowski itching for a move away this summer and honorary president Uli Hoeness launching an all-out attack on the club's stars, life at Bayern could feel very different by the start of next season.