'He was performing and training better': Mark Schwarzer takes swipe at Kepa Arrizabalaga and Willy Caballero by claiming that retired 38-year-old Petr Cech was the best goalkeeper at the club before £20million man Edouard Mendy arrived this summer 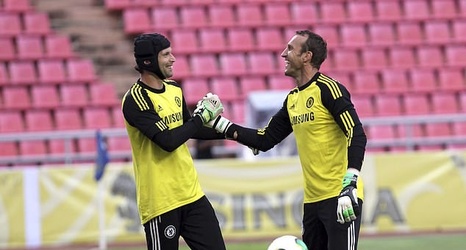 Mark Schwarzer has shockingly claimed that Petr Cech was the best goalkeeper training at Chelsea this season before Edouard Mendy arrived at the club.

The Blues signed £20million goalkeeper Mendy this summer to provide extra competition for Kepa Arrizabalaga and Willy Caballero who had shared the first-choice goalkeeper spot due to inconsistencies from the pair.

But ex-Chelsea goalkeeper Schwarzer has heard that Cech, who was named in the west Londoners' 25-man Premier League squad despite retiring in 2019, was performing better in training sessions that Kepa and Caballero.

The Australian told Optus Sports: 'From my understanding, he was better than the Chelsea keepers.