Have Tottenham bridged the gap to Chelsea since January ahead of big clash at Stamford Bridge? 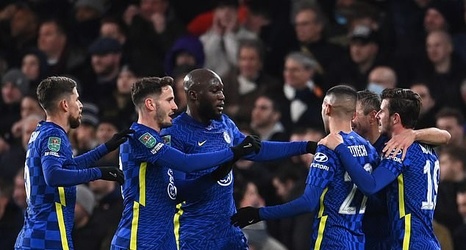 'Today, we have seen the difference between the two teams. We struggled a lot this evening and they showed us they are much stronger than us.'

Those were the damning words issued by Antonio Conte after his Tottenham side slipped to a 2-0 defeat against Chelsea in the first-leg of their Carabao Cup semi-final clash in January.

It was hard to disagree with the Italian's assessment. Spurs were outclassed on the night, and this was a recurring theme whenever they faced the Blues last term.

In four matches against Chelsea in 2021-22, Tottenham failed to score a single goal and lost all of the meetings between the two teams, conceding eight goals in the process.