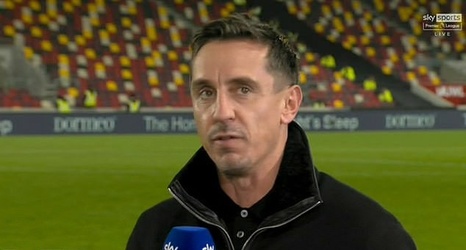 Gary Neville is adamant that 'Chelsea can win the Premier League title' this season as he believes they are 'resilient' and 'tough to play against'.

Chelsea secured a 1-0 victory over Brentford on Saturday afternoon to return to the top of the Premier League table. It was Ben Chilwell’s excellent finish on the stroke of half-time and Edouard Mendy's masterclass in goal that earned them the result.

Following the game, Neville said he was impressed with Chelsea's performance and touted them as the potential 2021-2022 Premier League champions.

Speaking after the game, Neville said: 'I think Chelsea can win the title.