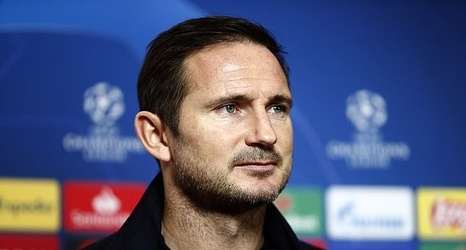 Frank Lampard does not want to tempt fate after Chelsea matched an achievement of the club's Champions League winners with a 4-0 thrashing of Sevilla on Wednesday.

The victory was the Blues' fourth in a row in this term's Champions League.

The last time Chelsea won four on the trot in the competition was 2012 - the year that they lifted the trophy with Lampard a player.

Asked if he knew that statistic, Lampard said: 'No, I wasn't aware of that. I do like superstitions but I also don't like tempting fate.