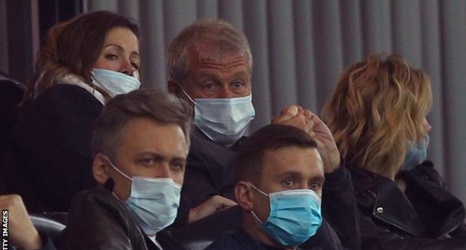 Frank Lampard says he "always feels the support" of Roman Abramovich after the owner's rare appearance at Chelsea's 4-0 win away to FK Krasnodar in Russia.

Chelsea owner Abramovich has been unable to attend matches at Stamford Bridge in recent times because of UK visa issues, but was among a near 11,000 crowd to see Lampard's side win.

"To have him here is a nice bonus for myself and the squad," Lampard said.

"I'm very pleased we put on what I thought was a good performance."

Hakim Ziyech scored his first Chelsea goal as Lampard's side kept a third clean sheet in a row.