EXCLUSIVE: Frank Lampard backs Chelsea to grow into contenders this season with 'relationships forming' in his new-look attack after admitting his revamped team don't have as much 'energy' as last season 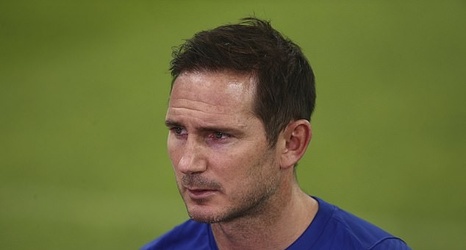 Chelsea manager Frank Lampard is not concerned by the lack of goals from his new-look attack as he insists 'relationships are forming'.

The Blues have failed to score in their last two matches - a 0-0 draw at home to Sevilla and a goalless stalemate at Old Trafford - with summer signings Timo Werner and Kai Havertz on the pitch.

Lampard splash out more than £200million on new recruits this summer, including £53m on striker Werner and £89m on playmaker Havertz.

Werner has notched two Premier League goals while Havertz has one to his name but the latter is yet to really find his rhythm in the Chelsea attack.