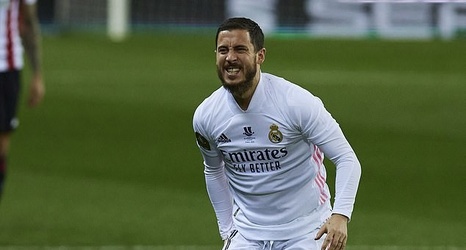 Eden Hazard's dream move to Real Madrid has quickly turned into a nightmare, with the Belgian winger's latest injury setback ruling him out for up to six weeks.

Hazard has already missed the majority of Real's matches since signing from Chelsea in June 2019 - spending 44 of their 79 played since then on the sidelines - with those figures only set to get worse as he recovers from a thigh problem.

This is Hazard's seventh major injury since moving to Madrid, meaning he has had more spells on the sidelines than he has scored goals or made assists for the club - with his tallies stagnating at a meagre four and five respectively.