Club rivalries are put aside as John Terry enjoys a round of golf alongside Harry Kane and Eric Dier... with the Chelsea legend getting the better of the Tottenham striker who was forced to hand over money 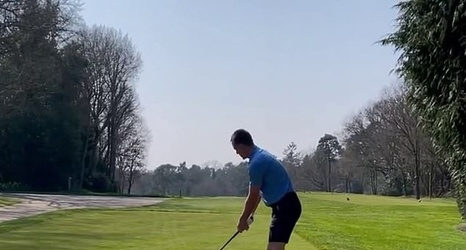 Chelsea and Tottenham have a fierce rivalry on the pitch, but all appeared friendly off it as John Terry enjoyed a round of golf with Harry Kane and Eric Dier.

The trio were involved in some fiery clashes when Terry was still playing, including the famous Battle of Stamford Bridge back in 2016.

Six years on and the trio enjoyed a day in the sunshine as they played a round at Wentworth Golf Club in Surrey.

Terry's Instagram story would suggest that it was advantage Chelsea on the green as he got the better of the current England captain.