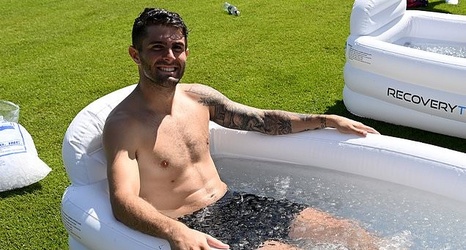 Christian Pulisic believes he has laid the groundwork for a big season at Chelsea, with the American finally completing pre-season for this first time as a Blue.

The winger ended 2020-21 strongly after missing the start of the campaign through a hamstring injury he suffered in the FA Cup final, winning over Thomas Tuchel and staking his claim for a regular starting spot.

A Covid scare for the European champions forced the end of their Ireland camp four days early this summer, but Pulisic is still delighted with his fitness.

‘I think that’s going to be a big positive for me, so I’m looking forward to the start of the season,’ the 22-year-old told the Blues' website.