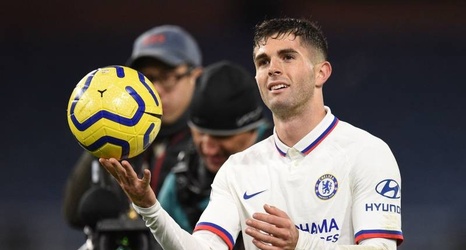 Christian Pulisic said the start of his Chelsea career has been a tough experience after he scored a hat-trick on Saturday in the 4-2 Premier League victory at Burnley.

The United States international got just his fourth league start from Frank Lampard and repaid his manager with a dazzling performance and a perfect treble.

Pulisic scored with both feet for his opening two goals and collected his hat-trick with an impressive header.

According to Sky Sports' Peter Smith, Pulisic said he was delighted to repay his coach's faith but admitted it has taken him time to adapt to life in England.