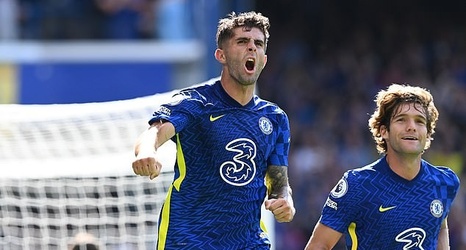 Chelsea forward Christian Pulisic is still feeling the pain from an ankle injury sustained over a month ago.

Pulisic hurt his ankle in USA's 4-1 win over Honduras in a September World Cup qualifier and has not featured for Chelsea since.

Pulisic was again absent from the team's squad for Wednesday's Champions League clash with Malmo and Chelsea coach Thomas Tuchel revealed the player faced a fresh injury setback after expecting to return to training last week.

'I cannot give you all of the details because I am not a doctor, but at the moment he has had some setbacks from pain,' Tuchel told a news conference ahead of the game at Stamford Bridge.