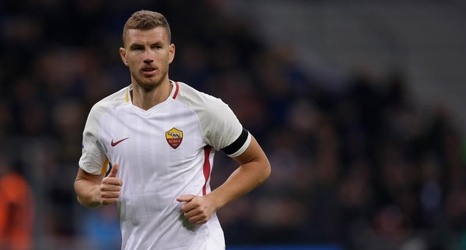 Chelsea are reportedly "one step away" from completing the signature of AS Roma striker Edin Dzeko, whose agent has flown to London for negotiations. Elsewhere, Marko Arnautovic has emerged as a shock target for the Blues.

Sport Witness cited a report from Italian website Pagine Romaniste, which supported the notion a move for Dzeko is close after one of his representatives, Silvano Martina, was due for talks with Roma.

Some confusion arose after the London Evening Standard's Simon Johnson reported on the same day that Dzeko's agent, Irfan Redzepagic, was jetting into London for negotiations with Chelsea, but he cleared up the details:

It appears action is being taken on both ends, both in London and Rome, to see to it that one of Serie A's most deadly attackers in recent years makes his return to the English top flight.