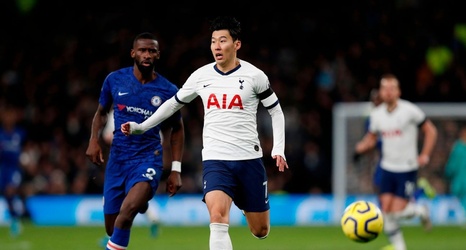 It was the only arrest for racism made by the Metropolitan Police at the London derby where Chelsea defender Antonio Rudiger reported being subjected to monkey chants.

Rudiger was involved in an incident which saw Son sent off after a VAR review in Chelsea's 2-0 victory.